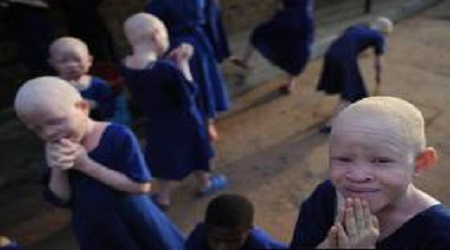 Bad cultures, Widow Inheritance, killing of Twins, Burying kings with human heads, Osu Caste System, widows made to drink water used to wash dead husband’s body, Killing of Albinos and Hunchbacks, etc. practiced in Africa are very many, even more numerous than the good cultures. This was due to the primitive beliefs, poor civilization and lack of awareness and education present at the time.

Today, people still hold strong to the practice despite education, modern religion and civilization. They still secretly practice them even when the governments of Africa have abolished them and have declared the practice a punishable act. The reason for this may be due to pride, greed, selfish interest and hatred.

Birth of Twins as an Abomination: It was a belief in some part of Africa that the birth of twins (or any more than one) is an abomination and a curse to the land. This brought about the killing of many innocent babies born as twins. … READ MORE

Menstrual Period will Desecrate The Gods: women were to stay indoors during menstrual periods, not allowed to attend functions or go near shrines during their menstrual periods. This they believe that the women will desecrate the ceremonies and sacrifice as it is offensive to the gods. Many still hold the belief today, even among Christian, as they will talk against women preaching on the pulpit.

Discrimination against Albinos: There is a strong belief in Africa that Albinos are abnormal human beings. This made people to dislike them and treat them with abuses and discriminations. Some even believe that their body parts and blood are active ingredient for potent charms, making wicked men to kill them for money, good luck, etc. charms. …. READ MORE

Electricity AS White Man’s Witch:  There is a belief that electricity is a white Man’s witch and should not be brought to Africa. This has prevented many communities not to have electricity even up till today. Some cases case when big oil companies install it, people will go at night to vandalise it. Their reasons being that it disturbs their own spiritual practice.

Insanity As A Curse From The Gods: Africans have this strong believe that insane people are cursed by the gods because of a crime or the other they committed. This makes people to hate and treat an insane with all sorts of abuses. This bad cultural belief also give room for evil men to manipulate, multiply the occurrence for their selfish interests. …. READ MORE


Osu Caste System: The Osus are people historically owned by deities, and are therefore considered to be a ‘living sacrifice’, an outcaste, untouchable and sub-human (similar to the Roman practice of homo sacer). This obnoxious practice dates back to hundreds of years ago when criminals, slaves and mostly war prisoners from neighboring towns were dedicated to deity gods. They will be taken as slaves and put in shrines to worship and serve their gods. These prisoners marry themselves and bear children and children’s children who are also castigated as Osu. …. READ MORE

Women To Prove Innocence of Death of Their Husbands: In many communities in Africa, it is a practice for widows to prove that they are innocent of having a hand in the death of their husbands whenever he dies. This is mostly observed by the widow drinking water used to wash the dead husbands body. Failure to carry out this will result in the torture and castigation of the widow.

Many of these bad cultures are stopped and legally abolished by Governments of Africa as a result of Civilization, Education and the coming of modern religious practice. However, The belief and practices are still secretly being held strong among people.

It will surprise you to know that the birth of twins is still seen as an abomination in some communities. Women who deliver twins are divorced, suffered and left to care for their babies alone;

Many deaths are still noticed after big masquerade festivals in many communities and non-members justifiably killed during night masquerades ceremonies. Violation of Human Rights is not only seen in the killings but also in the violation of the “Freedom of Movement” of citizens.

Albinos and Hunchbacks are still discriminated against and their human rights abused. They are still seen as a good source of wealth by men who kill them and use their body parts and bloods for ritual sacrifices.


Many communities still bury their dead kings with human heads or, in some communities, live servants. This area need to be looked into and serious action taken to abolish the practice.

Follow the Link bellow to report any human rights abuse against you, your friends, families or neighbours. AfryCulture Org will work to address the issue to seek redress for you CLICK HERE TO REPORT ABUSE

We unvite all africans to join Afryculture Org. Let us all join hands to promote African cultures. Also to work for the abolishment of the bad ones. It is possible to stop all bad cultures if only we can try. CLICK HERE TO JOIN AFRYCULTURE ORG

Tweets by @Afryculture
GOOD CULTURES
Africa is blessed with vast cultural heritage, many good cultures, many yet untapped in remote villages. We have Traditioal Wrestling, Masquerade Dance, New Yam Festivals, Traditioal Marriages, etc. Good cultures bring joy, happiness and healthy living to the people. They also bring good friendliness and inter community relationship among Africans.....READ MORE....
MY HUMAN RIGHTS
The problem with most people in Africa is that they are not aware of certain rights they have as a human. This is because of poor education and in some cases the cultural background still hinder their awareness of human rights. ....READ MORE....
BAD CULTURES
Many bad cultures are practiced in Africa which bring grief, sadness and abuse of human rights to the people. These were instituted in the olden days, mainly due to ignorance and superstition but are still practiced today in many communities with strong enforcement even though Government has legally abolished them. ....READ MORE....
SUBMIT A CULTURE
Be part of AfryCulture Org. Tell us your own story as happening in your community, town or village. Tell us about that very good culture that you want the world to hear about or about that bad culture still suffering your people that you want to be stopped. Take that step. Let us build a Free, Happy and Healthier Africa. ....SUBMIT A CULTURE....